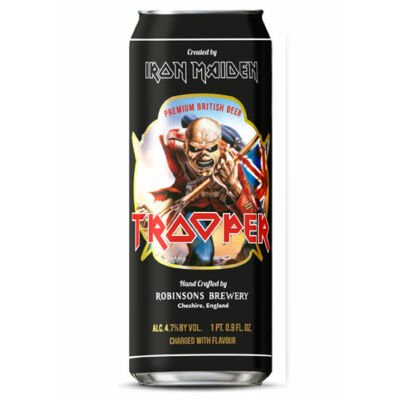 Hand-crafted by Robinsons Brewery, Trooper was first launched in 2013 and is in the top 40 beer brands in the UK.

In 2012, Iron Maiden vocalist Bruce Dickinson was looking to create a beer and met with Robinsons Brewery in Cheshire, England, owned and run by the 6th generation of the Robinsons Family which was established in 1838. The beer is named after the classic Iron Maiden song ‘The Trooper’.

There are just four ingredients in the beer: Malt, Water, Hops and Yeast.

Trooper has won numerous awards including the BBI Gold Medal in 2014.

Launched in 2013, Trooper is now being exported to over 50 countries.